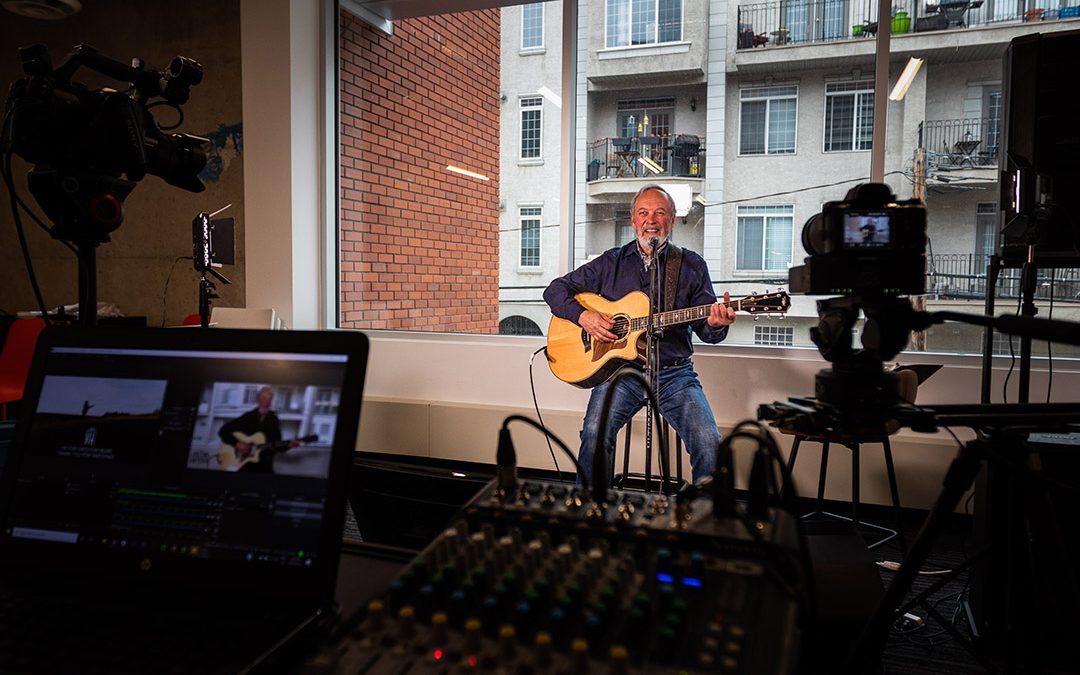 The human frailty of a novice singer.

Finally came the day to do my first ever live stream video at Jonathan’s office in Calgary with him and his assistant, Riley, engineering the virtual performance.

The session was a full hour of singing, playing guitar, and talking by a greenhorn. Challenging? Maybe not for someone practiced and familiar, but it was for me. 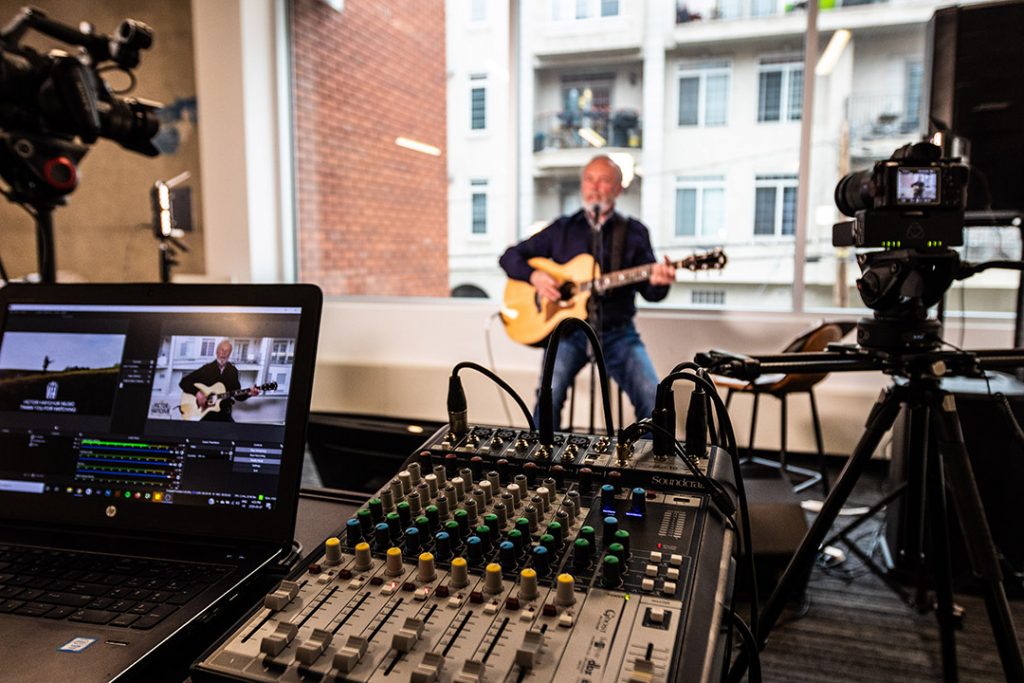 True, I had already done live performances a few times at the Lethbridge Folk Club where it was for only 3 songs in a two-hour evening before a tiny audience; also at Gravity Espresso and Wine Bar in Calgary sharing the stage with two other performers, Bob Chartier and Mike Crampton. I was only required to sing 6 songs there and share the time intermittently with them. But this time, for the live stream it was a solo act, singing and speaking without help or breaks.

The thought of the performance made me slightly apprehensive at first but at the same time, I was thankful for the opportunity to share my Christian music with many more people throughout the world. It was a go with a few weeks to practice. 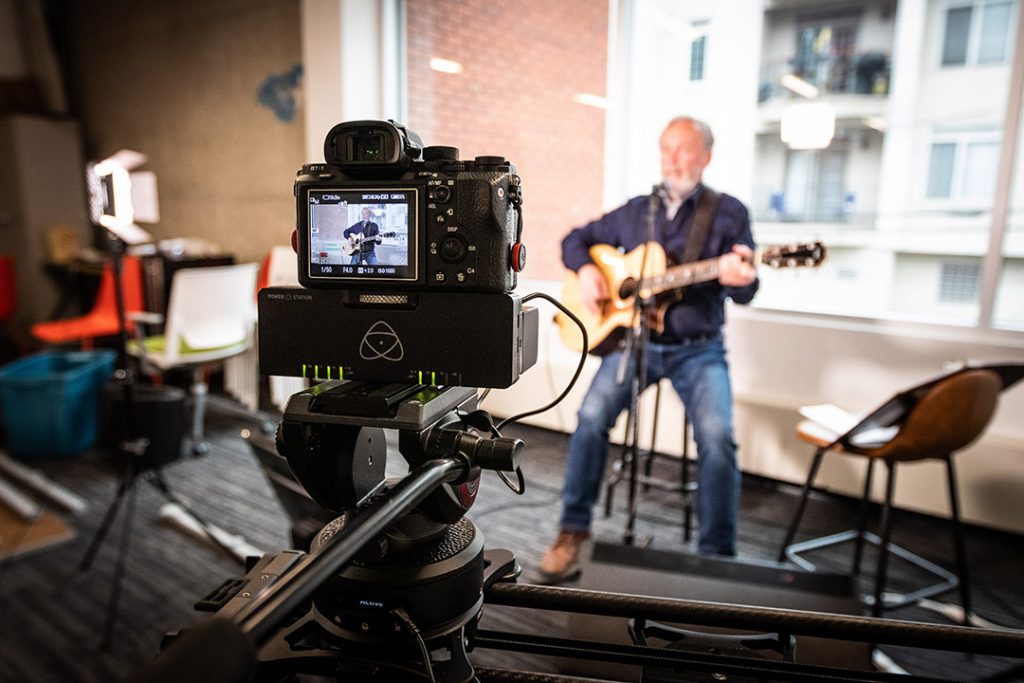 Jonathan and Riley were surprised at the positive feedback to their promotion and the resulting attendance in the live stream. It was a bit daunting for all of us throughout the virtual performance, although it got a bit easier soon after we started. I forgot a few words, my singing wasn’t as good as it should have been in spots, and my playing wasn’t optimal. But we got through it as well as we had hoped and everyone involved seemed to feel it was a good session. There were several spontaneous compliments.

I sang 16 of my favorite and more popular songs. Leading up to the performance, I had thoughts about what I wanted to say but I forgot what they were. Instead, other thoughts were expressed that seemed more appropriate. 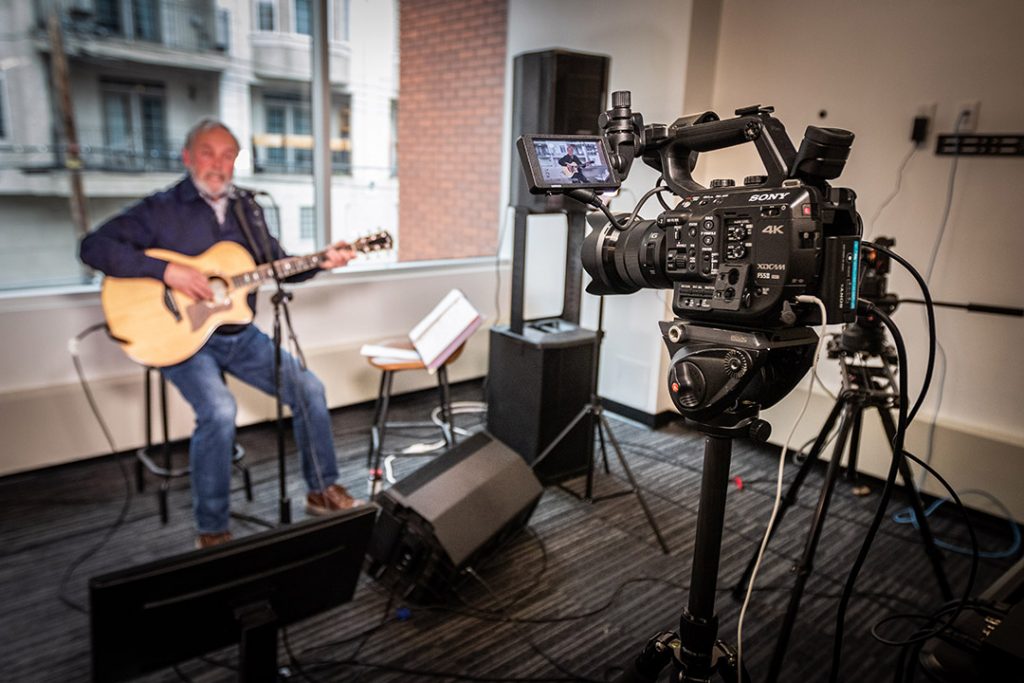 In discussing with Jeannie VanPopta what was talked about, we realized several things were surprisingly significant and timely. One of those being how remarkable it was that people were proud of their allegiance to Satan, their destroyer and tormentor, and ashamed of their Creator and Savior, Jesus Christ. How bizarre is that?!

My concern has been that with more practice, I could have done better…

…and I have felt guilty of not honoring the Lord in this matter. On the other hand, an abiding conviction has been that this apparent lack of practice has been ordained from above to humble me.

Somehow, there seems to be a need for the casual, the weak, the imperfect. As the Lord said to the apostle Paul, “My strength is made perfect in weakness.” When I’m strong, I might get easily carried away with myself and take the glory but when I’m weak, I believe the Lord gets the glory. This is my hope and true desire. 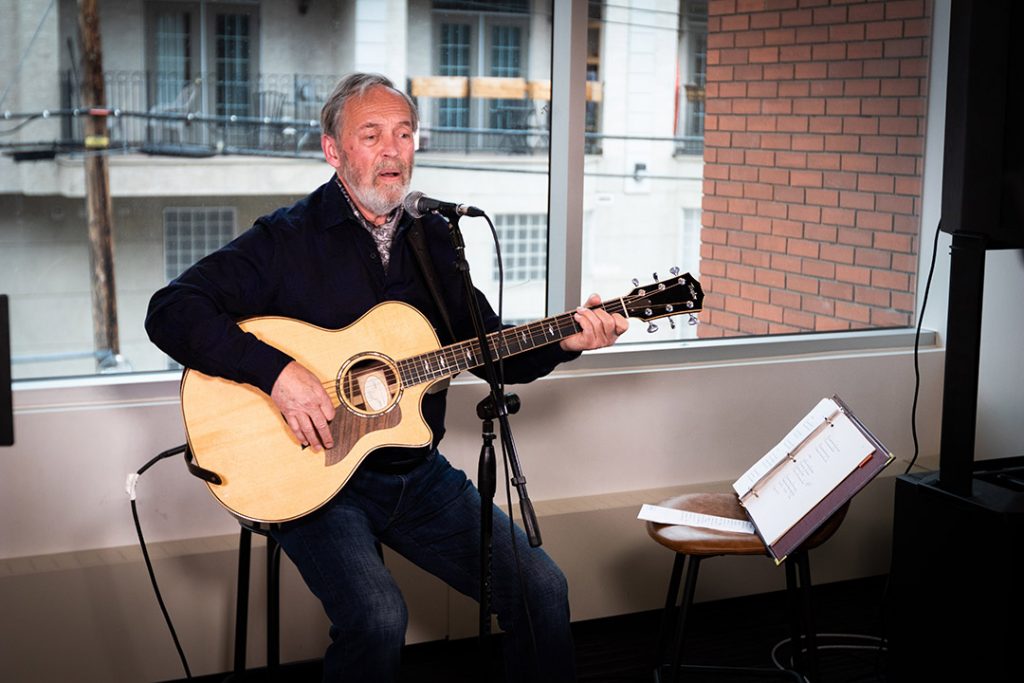 Kudos to Jonathan, Riley, and anyone else who made this possible. Thank you to all those who attended the live stream. Hopefully, people have been helped along life’s road and consequently, they’ll be able to help others.

The gifts and privileges we possess aren’t just for ourselves but for others. God has been gracious and liberal to us. He has said, “Freely you have received, freely give.” There are few things we are more personally involved in giving than when singing from the heart.