“What a wonderful reality when a workingman is finally done his day. I didn’t earn it; don’t deserve it; He just freely, freely gave – what can I say?”

Seven years after I entered the victory and resulting state of the rest of God in its formative stages, I was given to write this song – six verses without a chorus. I was joyfully experiencing a new dimension that was crystallizing from the year 2000. At this time, I called it A New Song.

Then, 12 years later, perhaps to the day in the same month of March 2019, I was given to professionally record the song. At this stage, I realized that the 5th verse captured that spiritual dimension in its advanced state and should be used as a chorus line. Hence, the song was slightly rearranged, and the name of the song was changed.

Now, finally, I DO sing from the mountaintop and declare to you that the place is surely real. Many millions have heard of this “Celestial City” since the beginning of time. At worst, men have not believed that this place of “nirvana,” or “enlightenment” existed; many have faintly hoped and believed it did, but few have discovered or attained to it. One day all will be brought to believe and not only believe but enter. This is that place heard of by many as the “Kingdom of Heaven.” There are not many ways but only One Way.

I do declare to you there is that place. Other of my songs, There Is a Place, The Flutterby, and Take Two also announce its existence. These songs serve notice of what it takes to get there. When one arrives, like the caterpillar emerging from a cocoon to become a flutterby, they discover they have become their destination in the sky. 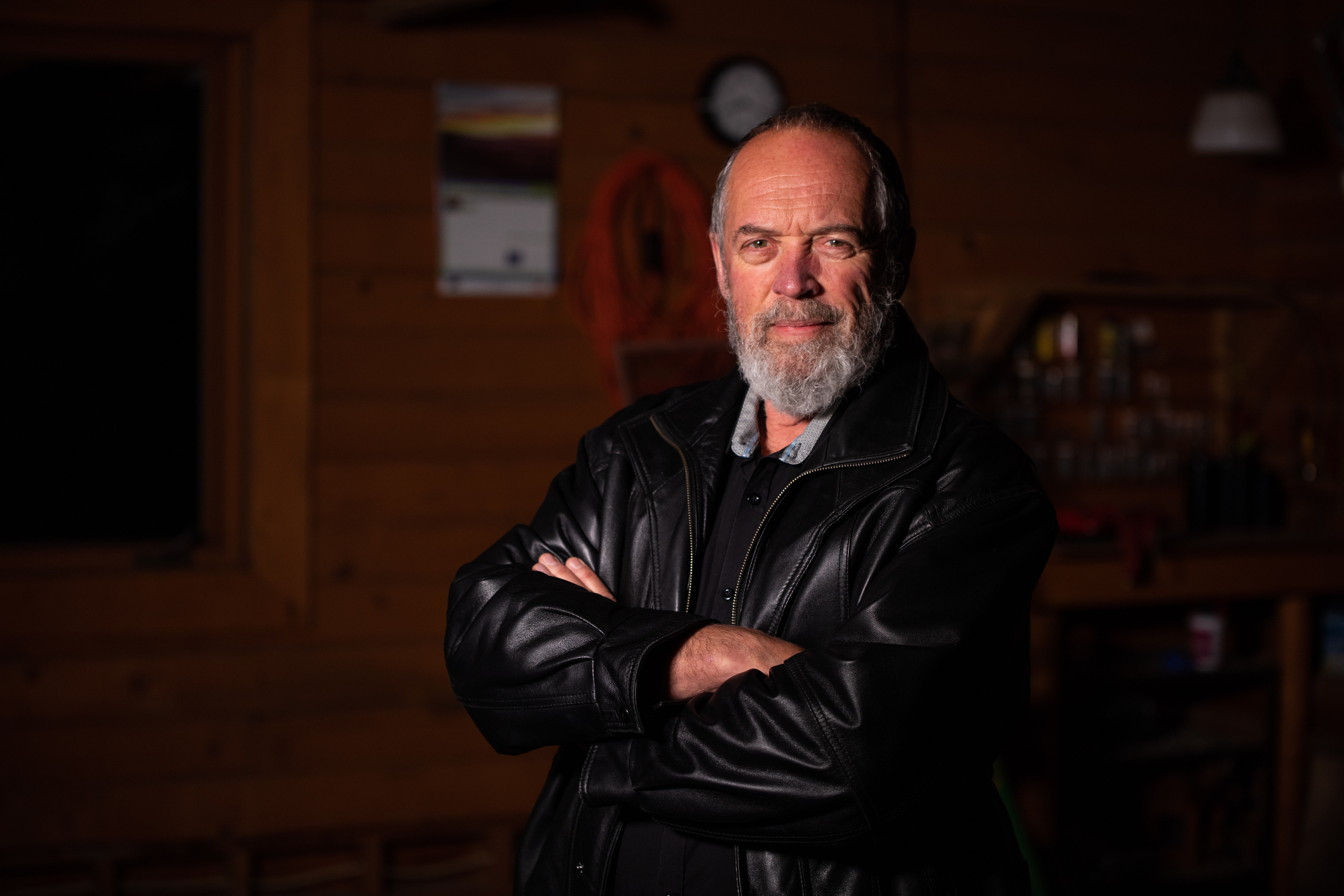 The time has finally come when I can sing to you with joy in all my soul. Faithfully, my God has surely given me what He promised in His Roll.

When I first began the journey, I naively thought that I might have arrived. As I went on, disillusionment brought me to think that I was so deprived.

Joy only comes…. with victory, and victory comes only when you die….

Three times I fell so hard and wondered if I’d ever leave the bloody ground. And every time, I learned that right is might, and not the other way around.

Yes, the journey was a long one and the battle was a hard one to the last. Now I rest in perfect confidence that threats and dangers are all in the past.

What a wonderful reality when a workingman is finally done his day. I didn’t earn it; don’t deserve it; He just freely, freely gave – what can I say?

I didn’t earn it; don’t deserve it; He just freely, freely gave – what can I say?

Victor Hafichuk · From The Mountaintop (Version 2)